The House of Mr. Clutterbuck 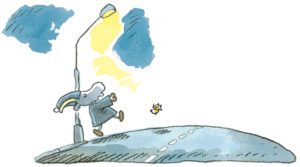 The House of Mr. Clutterbuck is based on the beloved stories of artist Mauri Kunnas.

The House of Mr. Clutterbuck in Sastamala is an exciting and active world based on the characters from Mauri Kunnas’s popular children’s books. The house lets visitors immerse themselves in play, regardless of age: playing, dressing up in role-play costumes, colourful sights and sounds. Each room is based on a certain book or books.

The author Mauri Kunnas was born in 1950 in Vammala (now called Sastamala), where he spent his childhood and youth. Kunnas is still active in his old home town and has been actively involved in the design, building and renovation stages of the different areas in the house. The House of Mr. Clutterbuck was opened in summer 2003.

Kunnas’s first children’s book, Suomalainen tonttukirja (The Book of Finnish Elves), was published in 1979. He has had over 40 books published. His books have been translated into 35 languages and published in 36 countries. In all, around 10 million of his books have been printed. The most popular of his works is Joulupukki (Santa Claus), which has been translated into 26 languages.

Welcome to have fun 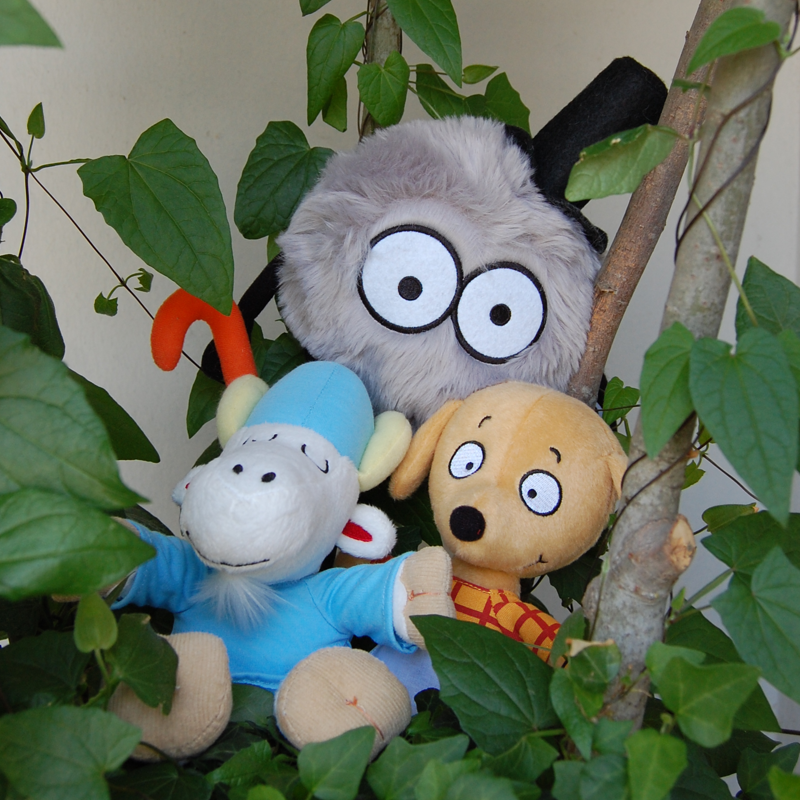 The House of Mr. Clutterbuck is open and ready for children to have fun!

When you buy a ticket to The House of Mr. Clutterbuck, you get a wristband. This wristband is valid the entire day, so if you wish to have for example lunch or a cup of coffee in the nearby restaurants you can do so and then come back to play.

The Shop of Lovely Things is a place where you can by souvenirs for you and your family. You can also visit the shop even if you don’t visit The House of Mr. Clutterbuck. The shop is wheelchair accessible.

The Shop of Lovely Things has many different Kunnas-themed necessities, like plush toys, other toys, books and games.

When visiting just the shop, you don’t need to buy a ticket. The shop is open when The House of Mr. Clutterbuck is open.

The same admission fee gives access to the House and Fun on Wheels Yard. 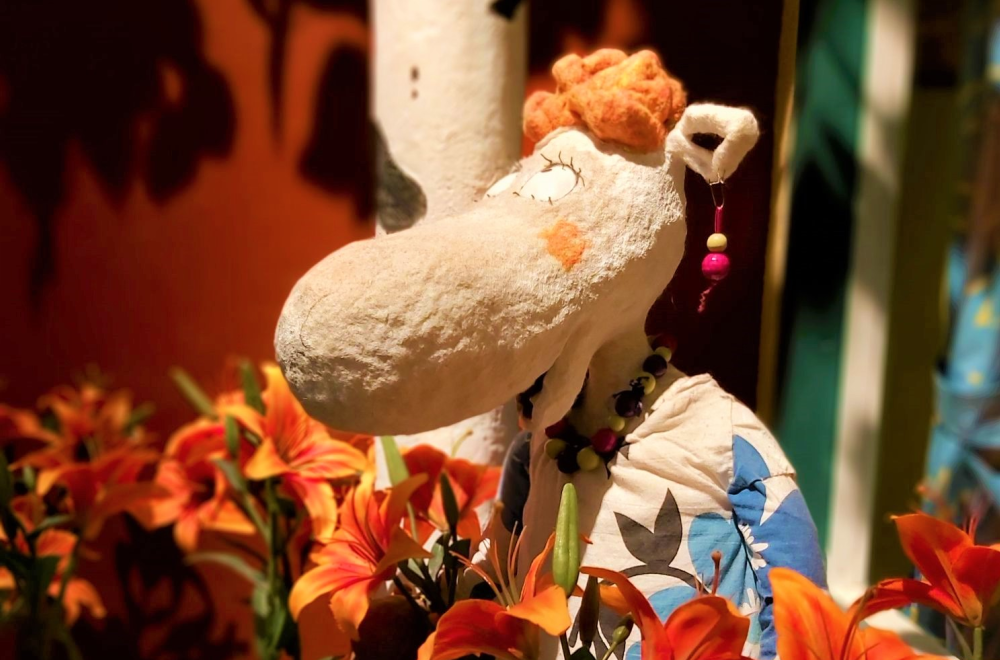 We reserve the right to make changes.

The exhibition in the House of Mr. Clutterbuck 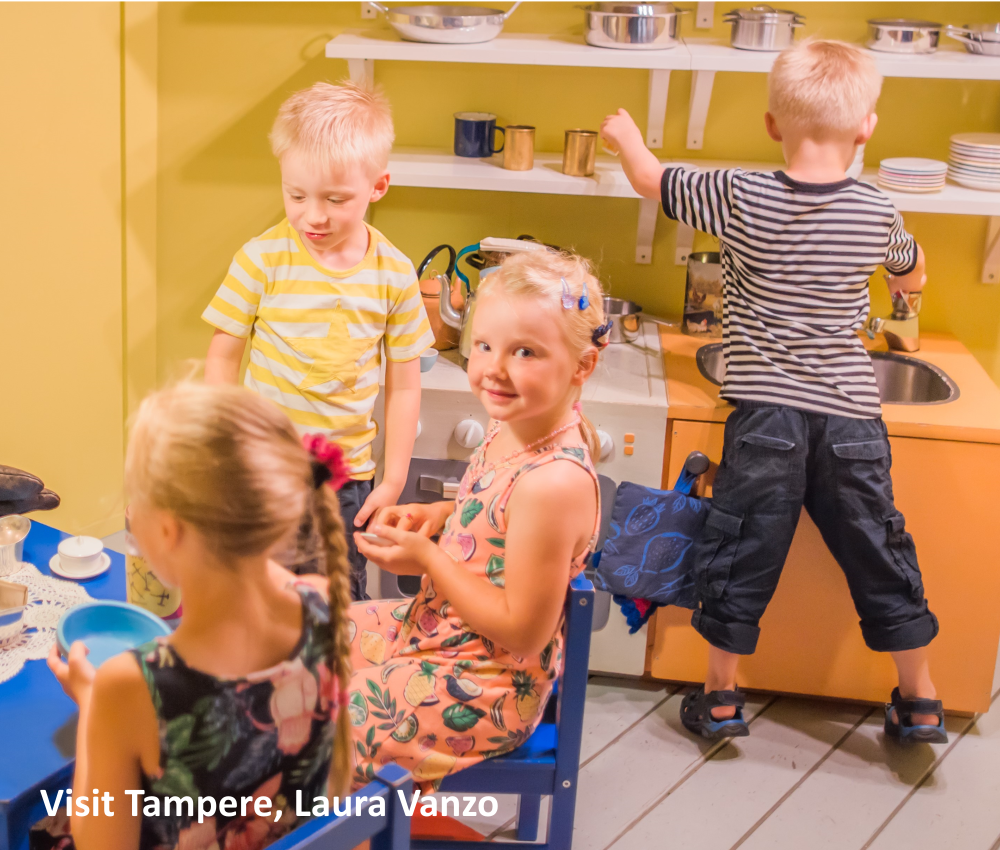 In Mr. Clutterbucks home you can play in Mr. Clutterbucks kitchen and in his attic. In the attic you can say hello to the ghosts of the haunted clock. You can slide down a fireman’s pole or climb down a ladder if you dare to go past some of the ghosts. (But don’t worry, they are actually really nice fellows.) 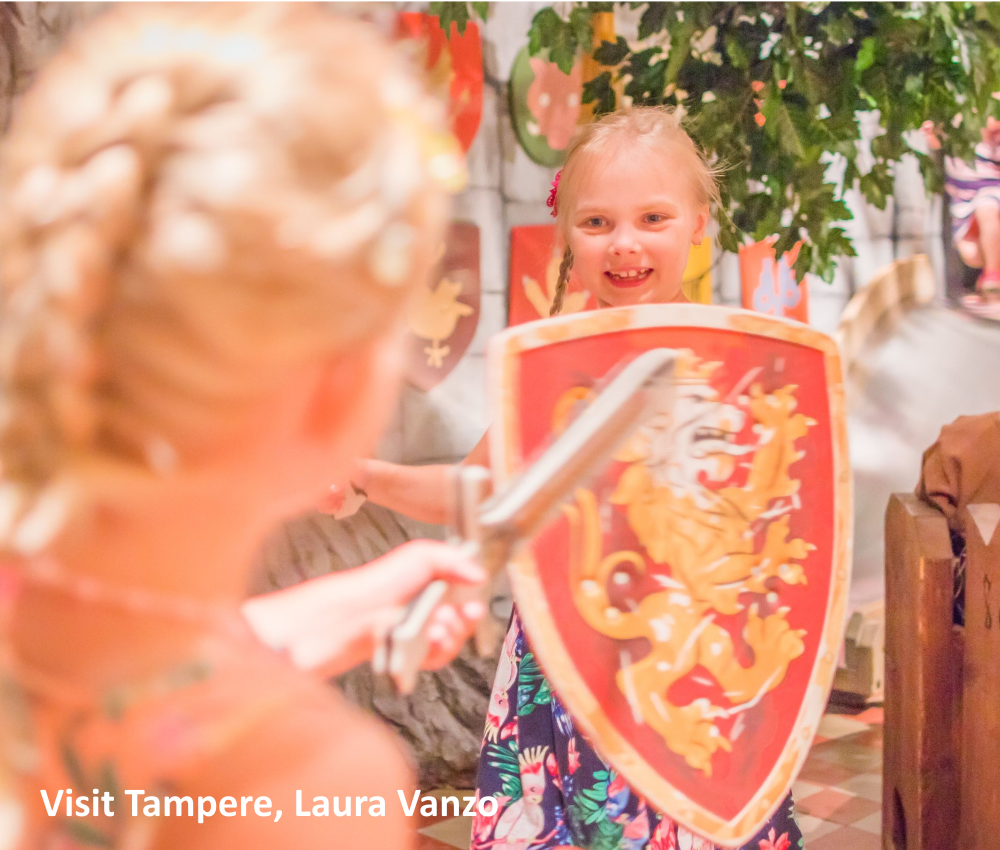 King Arthur and the Knights of the Round Table

The road to the knights’ hall goes past a growling dragon-like creature hiding in the trees. Here, children can climb onto the castle wall to keep a look-out. At the round table sits Sir Arthur and his faithful cat knights. Knight costumes, swords and shields invite children into the bustling knights’ castle. 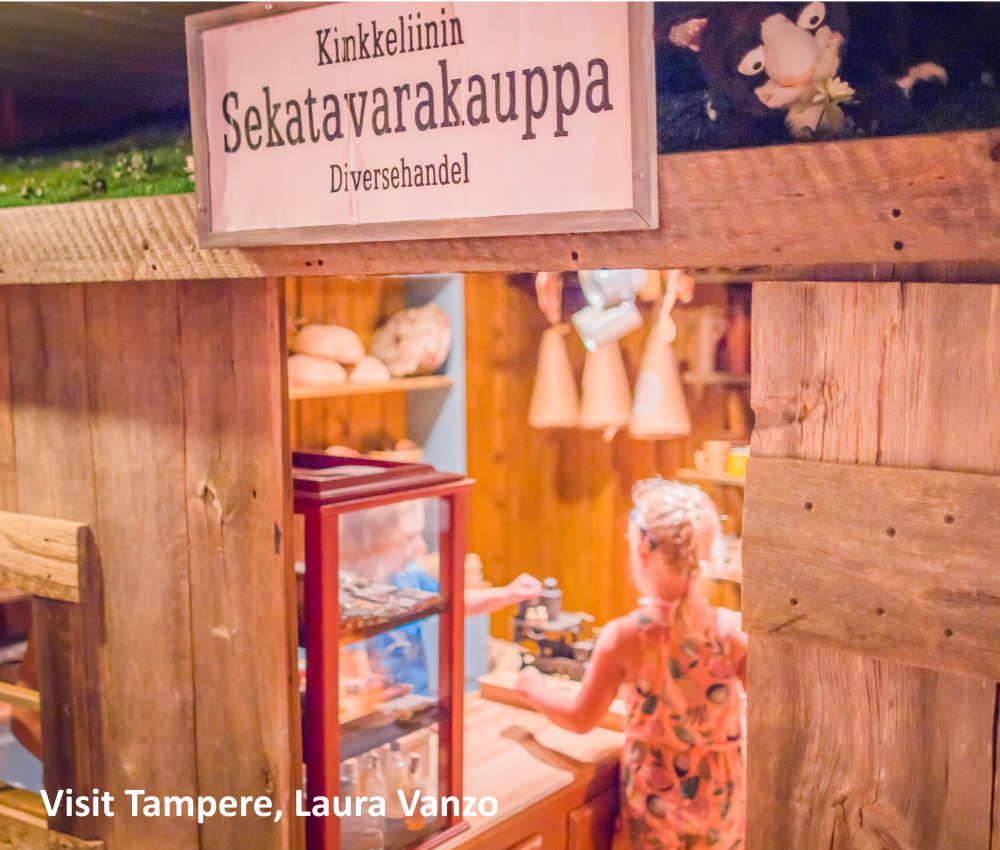 The Doghill kids’ Old Town lets visitors to step into surroundings familiar from the books. Children can check out the shoemaker’s workshop, wonder at the potions in the olden times pharmacy and weigh potatoes, herrings or carrots on an old fashioned set of scales in the general store. In the Old Town visitors can smell the tar and get into the old town atmosphere by dressing up as gents and ladies of the times. Children can also stage their own puppet shows. 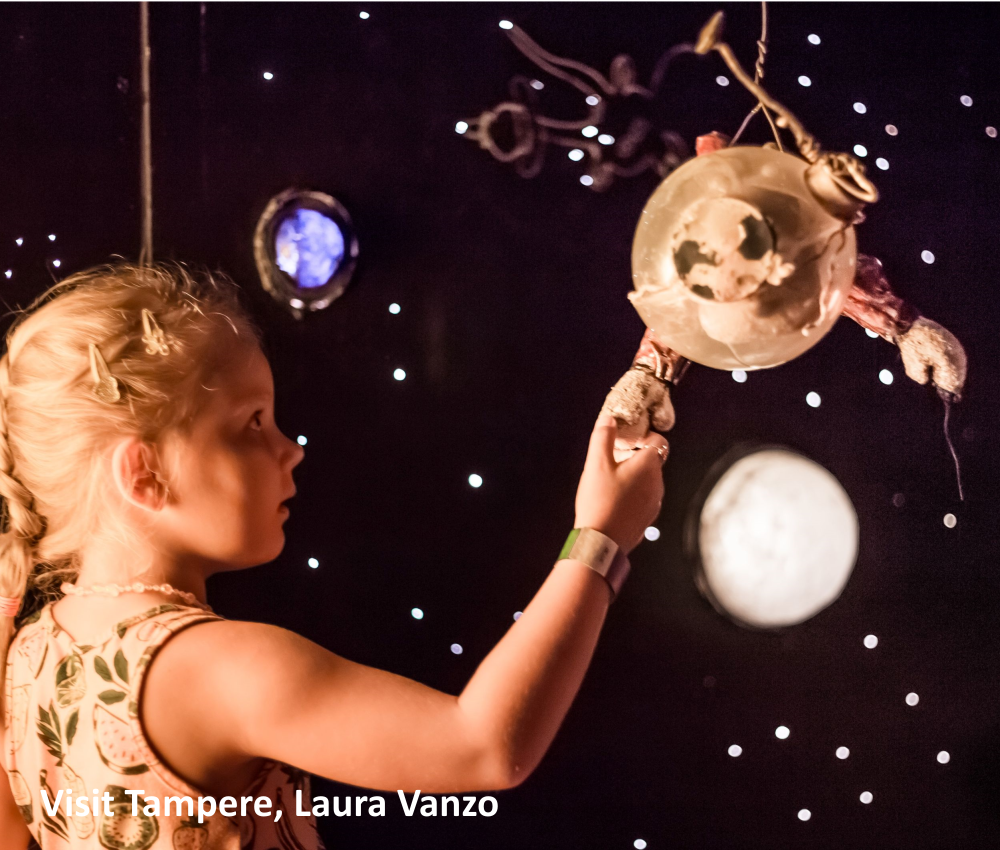 The year is somewhere in the 3000s. On the surface of the planet one can put on a space suit before embarking on an adventure based on the Out-of-This-World Space Book. Sit down in the space bus and go on an almost real feeling space flight, going around the whole of our solar system. The flight to Pluto and back takes 7 minutes. Visitors can stop and gaze at the twinkling stars or perhaps check what their own horoscope sign looks like in the night sky. 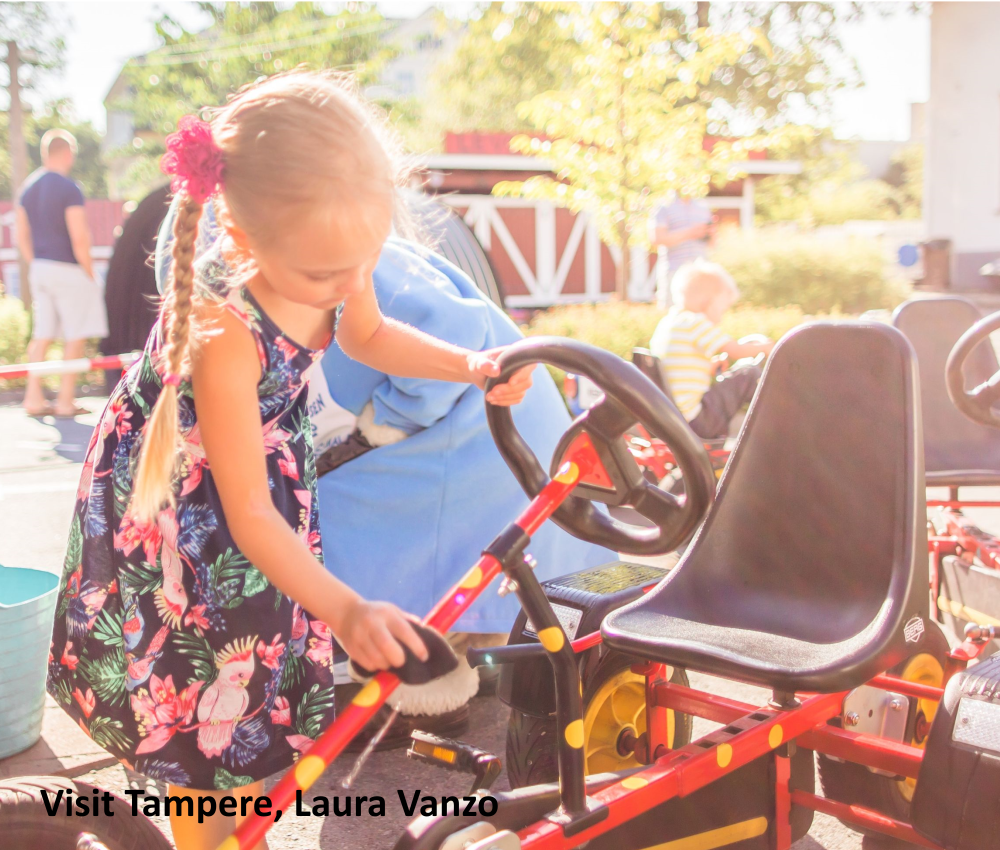 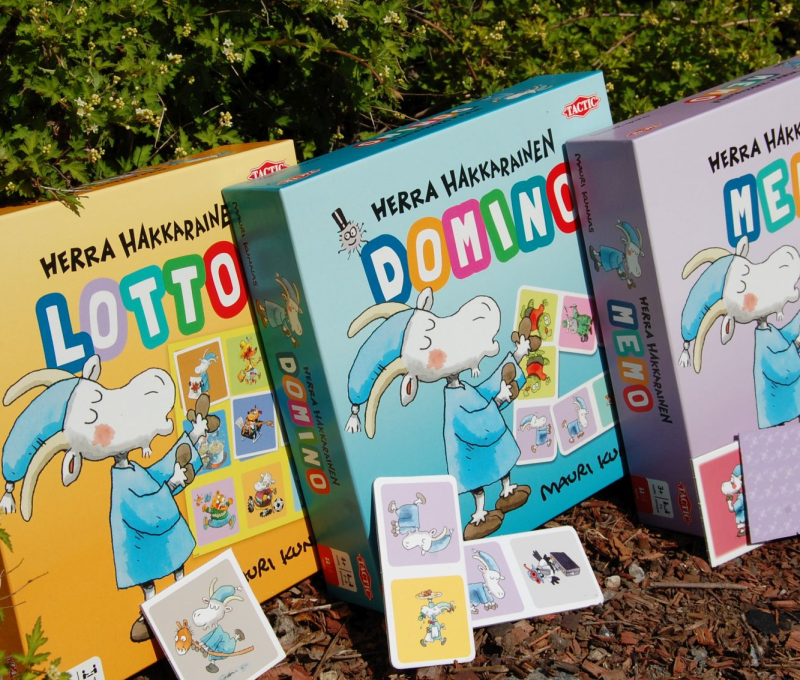 The Shop of Lovely Things

The gift shop sells all kinds of souvenirs for yourself or for a friend, including many products featuring Mr. Clutterbuck or other characters from Kunnas’s books. The gift shop is open for all visitors, without admission fee. 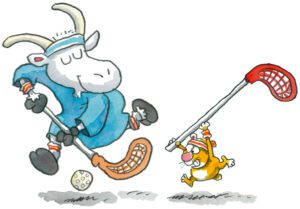 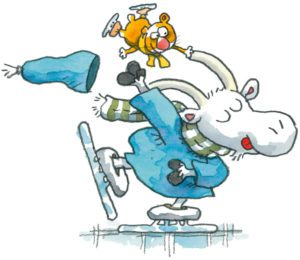 The public transport connections are good, it’s easy to come by bus or by train (train connection Helsinki-Tampere-Vammala).

Parking is free in the center of Vammala, Sastamala.

The House of Mr. Clutterbuck and The Shopt of Lovely Things are accessible for wheelchairs via a ramp behind the house, and there is a wheelchair accessible WC on the ground floor. Our house is small inside and the different spaces are designed with children in mind; accessibility with a wheelchair is therefore challenging. There is no wheelchair access to the downstairs area, which is where the Out-Of-This-World Space Experience and the Doghill kids’ town are located.

Groups must be pre-booked, to make sure that we can serve you in the best possible way. During busy seasons (such as July and school holidays) we can only accept groups at certain times. Contact us for more details.

The House of Mr. Clutterbuck and its exhibitions are owned by the City of Sastamala. Taito Satakunta ry is responsible for its operations and marketing.